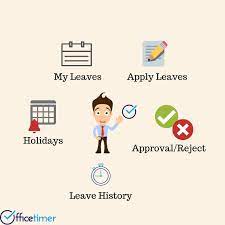 For the leave or holidays under this Act, a worker/employee shall get at the rate equal to the daily average of his full-time wages/salaries. Wages’ means any remuneration expressed in terms of money or capable of being so expressed that, if the terms of employment, expressed or implied, were met, would be payable to a worker in respect of his or her employment or work performed in that job, and includes any other additional remuneration of the aforementioned nature that would be so payable The wage will include dearness allowances, and ad-hoc or interim payments, if any, for the days on which he worked during the month immediately preceding the leave. But it will exclude any overtime allowance and bonus.

The topic of’ Leaves and Holidays’ in labor law is relevant and also fundamental. Every employee usually with a holiday is entitled to the following leaves:

Annual Leave with Wages in Bangladesh:

Bangladesh Labor Act 2006 section 117 deals with annual leave. A worker who completes one (01) year of continuous service at an institution is usually allowed to leave with Wages for a number of days measured at a certain rate during the corresponding span of 12 months. The rate for adults usually is:

(a) in case of a shop or commercial or industrial establishment or factory or road transport service, for every eighteen days of work ;

(c) In the case of a newspaper worker, for every eleven days of work performed by him during the previous period of twelve months.

Payment Of Wages For Unveiled Leave

A worker having due annual leave is dispensed with whether as a result of retrenchment, discharge, removal, dismissal, termination, retirement, or by reason of his resignation, the employer shall pay his wages in lieu of the unveiled leave. The rate of the wage will be the same as any worker is entitled to during the period of his leave in accordance with the Labor Act 2006.

A worker who desires to obtain leave of absence shall apply to the employer in writing stating his leave address therein. The employer shall issue orders on the application within seven days of the application or two days prior to the commencement of leave applied for, whichever is earlier. However, if due to urgent reasons the leave applied for is to commence on the date of application or within three days then the order shall be given on the same day.

Company Description: Intelligent and creative members of our team collaborate to promote creativity, success, and…

How Does Corruption Affect The HR Recruitment Process?

Is It Unfair Recruitment and Selection Process without Background Check?

A business makes a significant investment when it hires a new employee. The goal is…